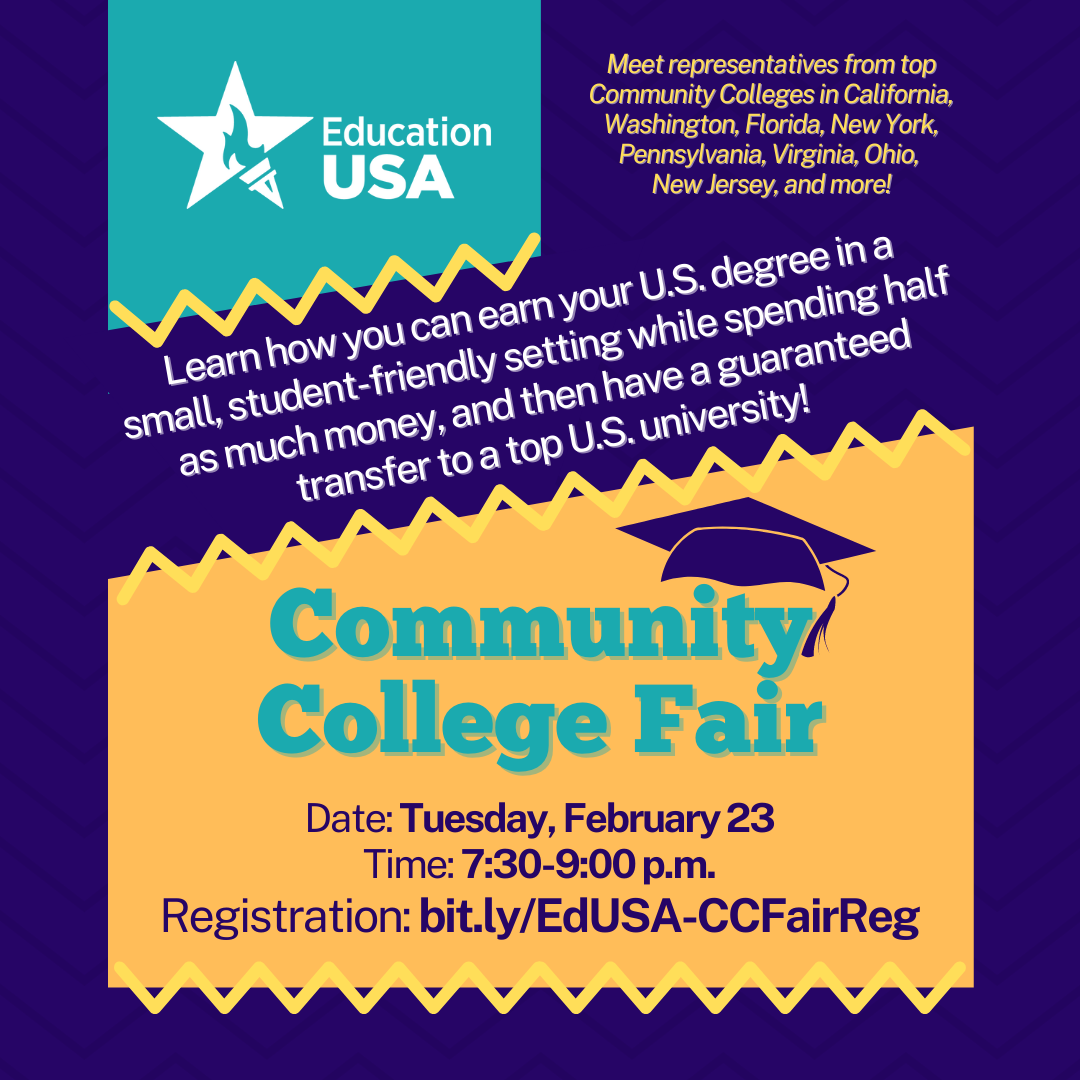 How much do you know about Community Colleges in the United States? Interested to hear how you can spend half of your U.S. university years in a small, student-friendly setting while spending half as much money, and then have a guaranteed transfer to a top U.S. university?

According to a recent survey from the National Center for Science and Engineering Statistics, more than half of those receiving their first bachelor’s degree previously attended a community college. The number of employed graduates who had previously attended community college increased from 48% to 52% from those earning their first bachelor’s degree before 2008 and those earning it between 2008 and 2017.

We invite you to attend the EducationUSA Virtual Community College Fair on February 23rd (Tuesday) at 7:30 p.m. Learn more about the 2+2 pathway to a U.S. degree and hear from representatives at top Community Colleges in California, Washington, Florida, New York, Pennsylvania, Virginia, Ohio, New Jersey, and more!

Register to this FREE event here: https://bit.ly/EdUSA-CCFairReg. Program details and meeting room information will be sent to successful registrants. Stay tuned to our Facebook page for more information on participating colleges!

This site uses Akismet to reduce spam. Learn how your comment data is processed.

“By wisdom a house is built, and by understanding it is established; by knowledge the rooms are filled with all precious and pleasant riches.”